I have to say, the sentiments generated by the general public of China are crazy, and, out of control at times.

China, unlike the United States, is not known for freedom of speech. However, freedom still exist, until they get taken down of course. And with that freedom, we also see repeated quarrels over the internet. This is especially true for public figures: ones that have large spheres of influence either themselves or in the things they are doing.

If you browse around Chinese media platforms, you will see, at times, that some singers or UPs (similar to YouTubers) either receive massive amounts of negative public sentiment or get "erased" from the world for something that they have done. Many of these are lead not by vandalism but serious, lawbreaking actions; some, however, are not.

Take the recent Olympics for example. Two vastly different examples: one with huge applause from China and criticism from the U.S.; the other largely criticized in China.

Both of these two athletes represented China of American descent, their only difference is the outcome. One came out victorious, the other defeated. It is natural for criticism to exist on the internet, especially for events representative at an international level. But the criticisms, in stark contrast with the compliments given to the other winning athlete, are rather concerning for me.

Born an American, yet represented as a Chinese. This is hard to grasp on its own considering U.S.-China relations. Yet, this characteristic of an individual can come in both ways. In one way, it is a harsh reality to prompt betrayal from one nation to the other; on the other, it is an excellent way to glorify patriotism for one side. What caused this divergence: outcome, and perhaps ability, at least for this event.

In any sense, I have to admit again that, representing a country, it is a shame to not be able to perform well in certain sports - it is really a shame. So what though? There is only one gold medal for one variation of a sport. There are way way too many individuals who do not earn the gold medal. Are all of them condemned by everyone? No; they tried, they are not capable enough, and that is fine. That's the purpose of a competition, some people win over, some people get left behind. It is the nature of this world. It would be nice to win a medal at least, but even if the medal is not won, it is completely understandable.

What happened here is not the medal itself, but the general bias towards people of conflicting nationalities/citizenships. They are othered by the public, and until they show any results, the public beholds, with an indifferent stance. If they win for one side, they get accepted; if they lose, they get rejected. Just as how Beverly Zhu is told to "go back to America" by much of the general public. Does she not deserve the position to represent (the best of) China in skating? I do not know. However, does that really matter? Best or worse, she is being eyed on, by those patriotic souls sitting around electronic devices who are ready to criticize the poor player for her failed performance on the big stage.

With that, I have come to realize that Olympics games are truly never about pure sportsmanship. They are not about the ideals of competing, they are most or less a political game (as most already know).

When we look purely at sportsmanship, we ask the questions of whether the individual had given their effort. For representatives of sports at a national level especially, if someone is chosen to represent the country, that means they are "the best"; it would be a failure of the selection committee otherwise. Given that, even if they fail, they should represent the best of the country; well, maybe not their performance themselves, but themselves, as a player exercising excellent sportsmanship and professionalism. People, thus, should not criticize aggressively and indifferently to these Olympic participants like in some cases we have seen.

Sportsmanship and professionalism should be the end goal. Since, as I said before, not everyone is going to win a medal.

Who makes those aggressive and radical comments - not everyone. It is always hard to see arguments perfectly clearly when you are a part of that argument - that is me. But, seeing criticism revolving around citizenship and ignorance of sportsmanship, I believe they are not the right comments to be made. They have some truth to themselves, but, to be frank, are these really aspects we should be criticizing people on, on the web? Have these commenters thought over the issue enough before they say something? I think not - they spread the word yet the word creates fire not thought. They grant the public a way to release an emotion not related to the victims of the arguments, but the arguments themselves. They might be the ones with the patriotic perspective, but their patriotism is as narrow as their commentaries themselves.

Don't start these chants, though someone will. They don't present excellent character, but a lack of thought.

I just want to say happy mothers day to all the moms out there~ Since I do understand the attention and "drag" that kiddos are capable of requiring. And they have done a great job at "handling" that... I sure know my troubles that have lent over~

I don't think indifference can be received. We can spread and receive care, empathy, or even sympathy, but indifference is not something that can be clearly defined, at least on the receiving end. Indifference is more of a given from all the objects around us – it is natural for there 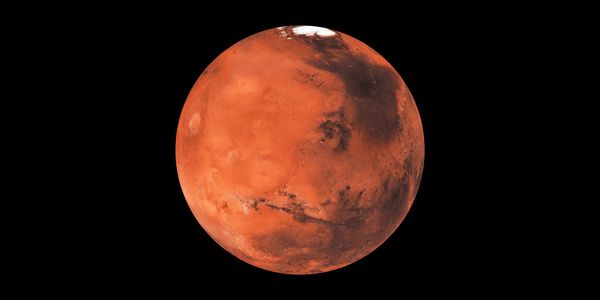 This is not about Mars. I was thinking about interstellar, or, thinking about the moment when Dr. Brand was left on a foreign planet, safely, lonely, "by the light of our new sun." An exotic situation; some kind of rebirth after chaos. The loneliness is coupled with hope, and hopefully,